I’m writing a conference presentation at the moment, the topic is the need for safer spaces to use drugs in the UK. As part of the research for it I spent a day this week walking around Birmingham with my camera. I think it’s very easy for drug workers to lose sight of the situations people are forced into when using drugs. Seeing where some people are injecting really makes it clear that we need a real push to get drug consumption rooms started.

Drug consumption rooms (DCRs) are not a new thing, in 2015 there were 92 facilities operating in 62 countries around the world, with more opening every year. The most famous of these is Insite in Canada which is possibly the most researched medical unit in the world. These sites provide a safe place to use drugs (there have been no overdose deaths in DCRs) as well as a first point of contact for people to get into treatment, housing, healthcare and support services. But nothing in the UK, and with a few minor exceptions, no real calls from drug services to start one.

During my photo walk around Birmingham I visited three known areas that people are publicly injecting. Two of these are waste-grounds next to car parks but one was a main walkway in the centre of town. The walkway is actually overlooked by one of the local drug services, this has resulted in situations where drug workers can see people going into the injecting space and effectively start timing them to check they are not there too long and overdosing.

To me, that alone is a sign that something needs to change, if that service included a DCR space either supervised or semi supervised (eg a room with a timer and an intercom) there would be far less risk of people dying of overdoses. 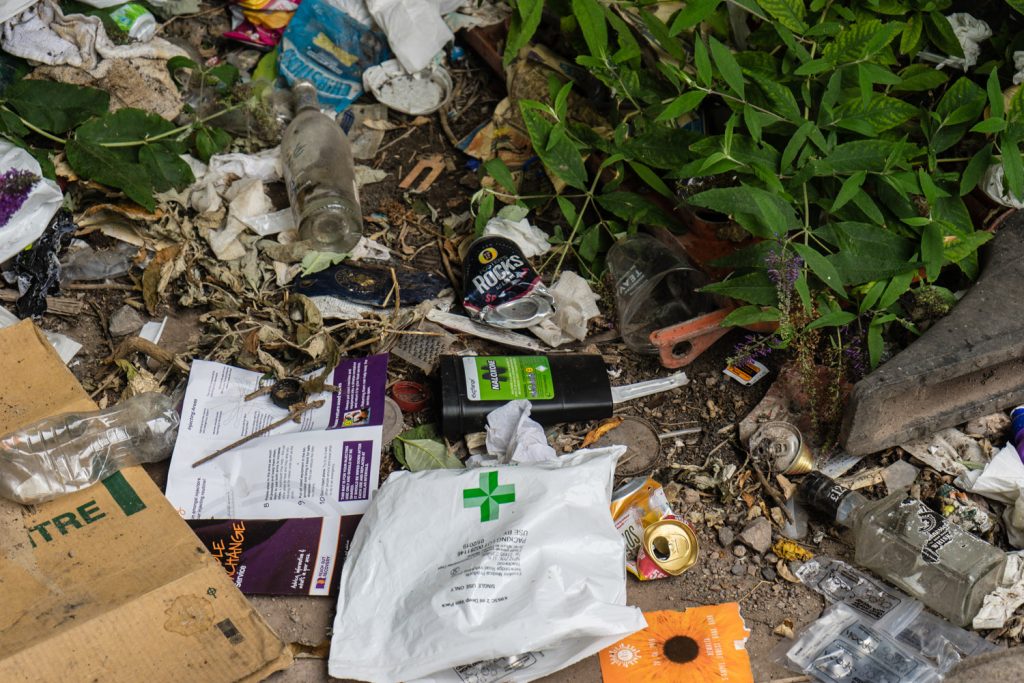 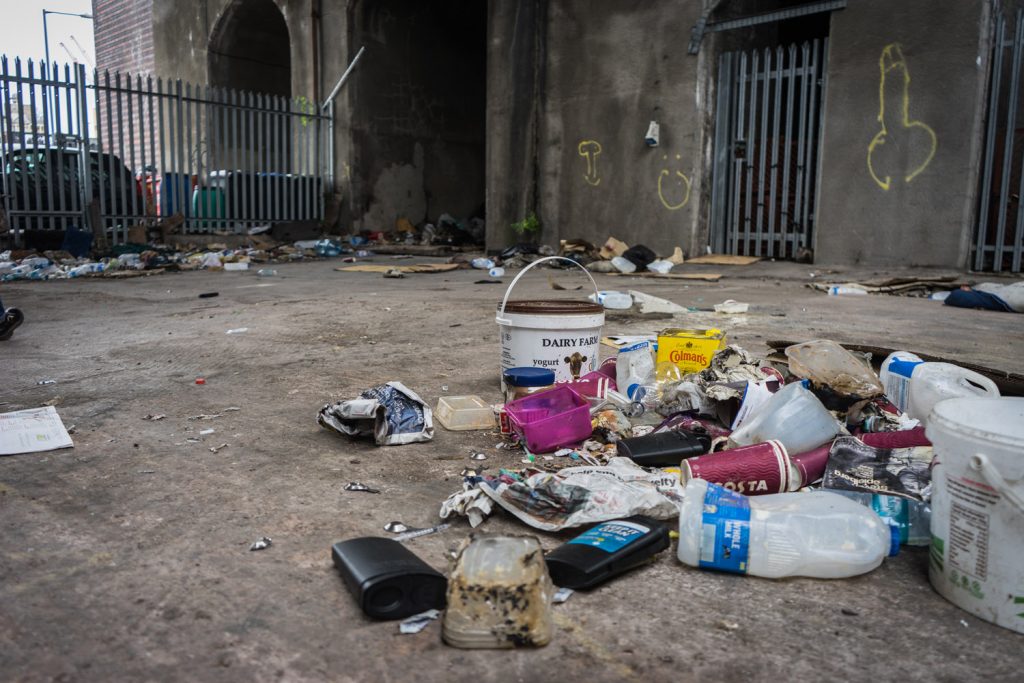 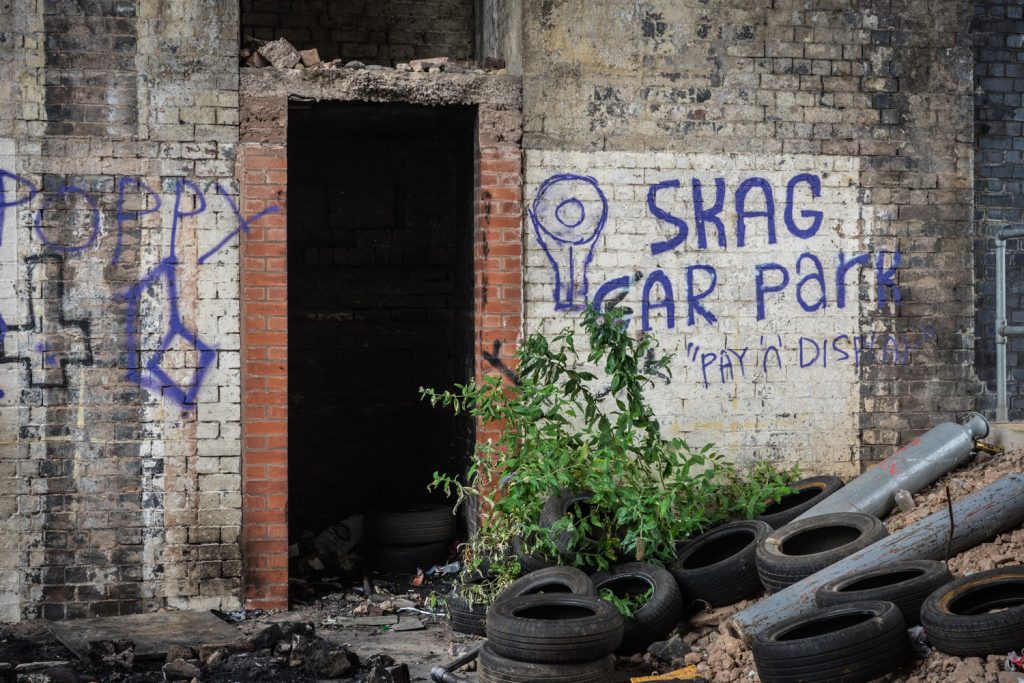 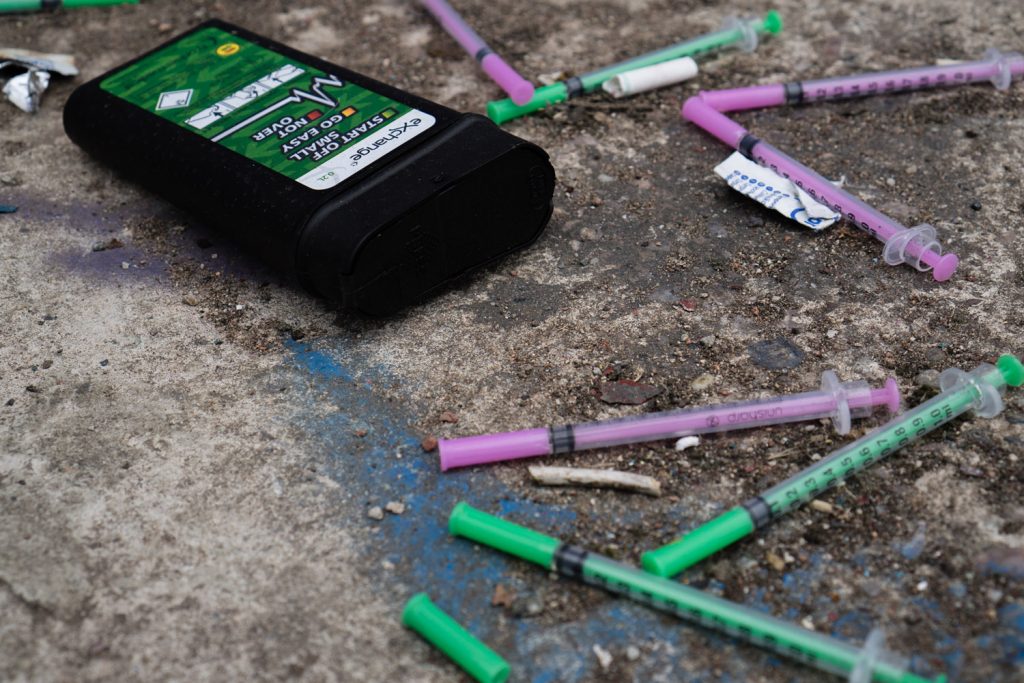 No place to inject

As you can see from some of the images these are no places where it’s possible to inject in a sterile or even semi sterile way, in many of the sites I saw used needles alongside human excrement. Add to that poor lighting, the fear of being seen by the public/police and in the case of the waste-grounds the chance that an overdose could go undiscovered and you realise that this cannot be allowed to continue.

But it IS continuing, I spoke to an ex-worker from Birmingham who took a similar set of photos 15 years ago. So the big question for me is why are the major drugs support charities not calling out for DCRs, will we ever see one take the leap to making a safer space for the people in greatest need of support?

I’ve posted a selection of the photos here, but if you want to see the full set they are over on my photography site.

Written on February 24, 2008. Posted in Harm Reduction Practice.
I’m quite a liberal NSP worker at heart; I’m happy to work with people to support them to get to where they want to be, how they want and at their own pace. That of course doesn’t mean I don’t do my best to get people thinking about reducing or st…
Read more

Written on July 4, 2010. Posted in Harm Reduction Practice.
It’s a standard question on most assessments in drug services, asked in lots of different ways. “How often do you inject?”, “Number of injections per day?” etc. But, why ask it? And how would a worker react if someone was really honest about the a…
Read more

Written on May 3, 2007. Posted in Equipment.
Not all acids are created equal, but they do all have risks. ‘Brown’ heroin (ie Afghan heroin sold in Europe) and crack cocaine both require the user to ‘cook down’ their drug with an acidifier if they are going to be injected. But which are the b…
Read more